LCR E-TEAM RIDERS IN THE TOP TEN AT SEASON FINALE

LCR E-TEAM RIDERS IN THE TOP TEN AT SEASON FINALE 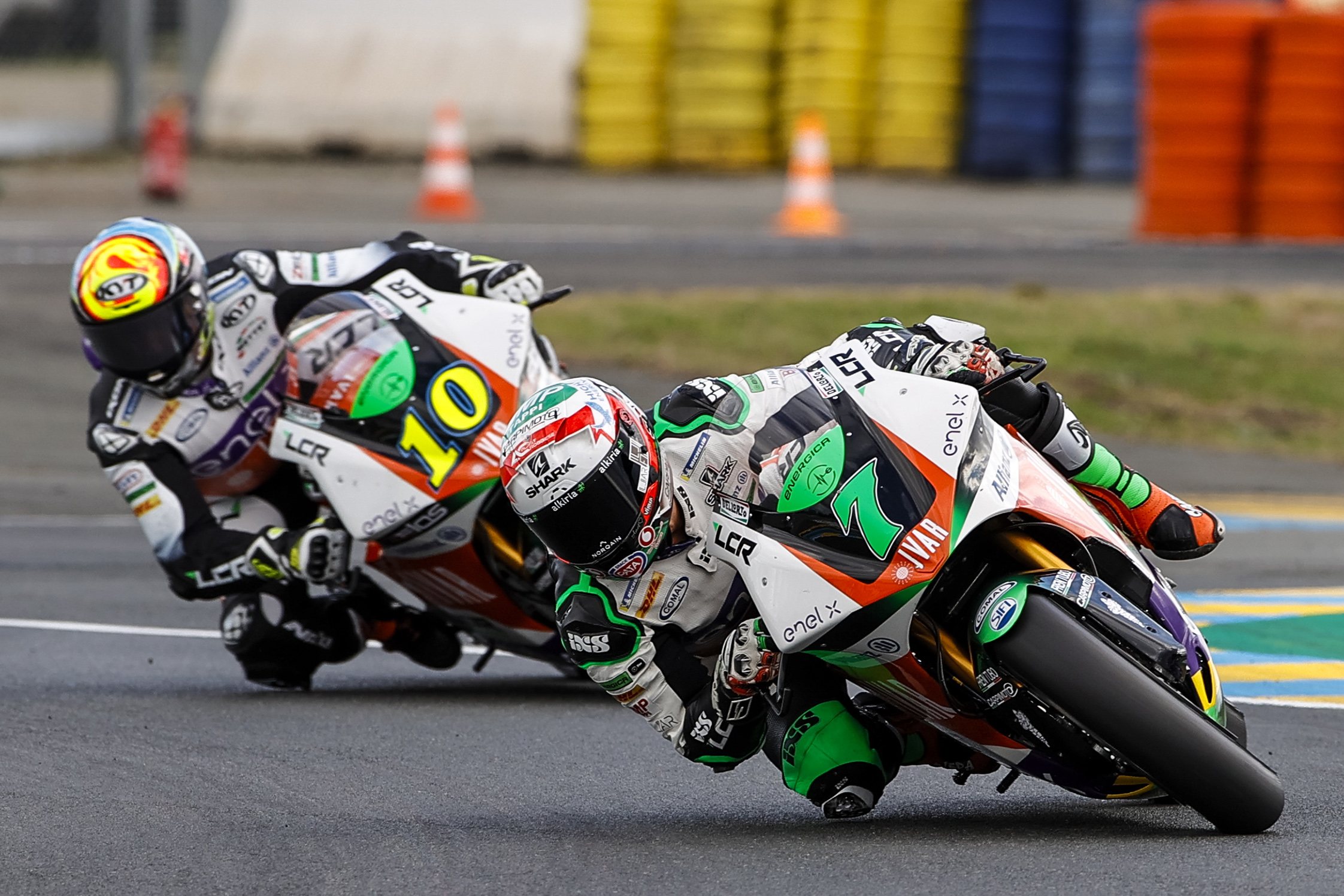 Niccolò Canepa claimed 7th position after a superb ride at the final FIM Enel MotoE™ World Cup race in France, just ahead of teammate Xavier Simeon who finished 8th. An amazing comeback from both LCR E-Team riders having started from the back of the field.

The LCR duo believed they were competitive enough to fight for the podium but missed their chance due to the incident during race one which decided the Grid for the second race. Canepa ended up 9th in the World Cup and Simeon 10th.